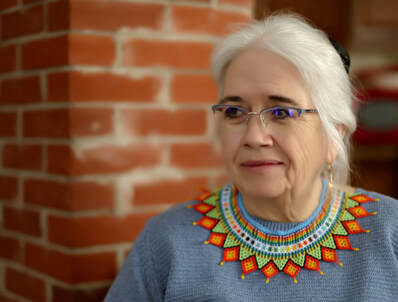 Michelle Good is a Cree writer and a member of the Red Pheasant Cree Nation in Saskatchewan. After working for Indigenous organizations for twenty-five years, she obtained a law degree and advocated for residential school survivors for over fourteen years. Good earned a Master of Fine Arts in Creative Writing at the University of British Columbia while still practising law and managing her own law firm. Her poems, short stories, and essays have been published in magazines and anthologies across Canada, and her poetry was included on two lists of the best Canadian poetry in 2016 and 2017. Five Little Indians, her first novel, won the HarperCollins/UBC Best New Fiction Prize, the Amazon First Novel Award, the Governor General’s Literary Award the Rakuten Kobo Emerging Writer Award, the Evergreen Award, the City of Vancouver Book of the Year Award, and Canada Reads 2022. It was also longlisted for the Scotiabank Giller Prize and a finalist for the Writer’s Trust Award, the Ethel Wilson Fiction Prize and the Jim Deva Prize for Writing that Provokes.  In October 2022 Simon Fraser University will confer upon her an Honorary Doctor of Letters.
​ 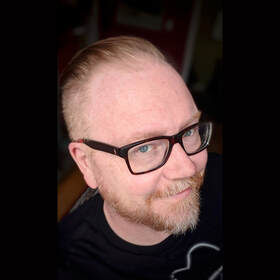 George Murray is the author of nine books of poetry and aphorisms, most recently Problematica: New and Selected Poems, 1995 - 2020 (ECW, 2021). He is the editor of Bookninja.com and NewPoetry, and he runs the online poetry school Walk the Line. He grew up in rural Ontario, but has lived in places as varied as Manhattan, Mexico, and coastal Italy, but has now settled in St. John's, Newfoundland." 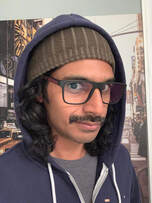 Shaun Hatton is a journalist, writer, musician, and television personality. He is perhaps best known for his five-year mission as a correspondent on the daily television show The Electric Playground, which had him traveling the world in search of “everything cool, every single day.” It was during this time that his mustache became iconic (Hatton cites the likes of Phil Lynott, Freddie Mercury, Lando Calrissian, Super Mario, and his own father as mustache inspiration), and he has yet to shave it off. Every so often, someone will ask him, “are you from that TV show?” and he replies, “Yes, let me talk to you for ten minutes about that because you seem more interested in that than I am about finishing my groceries!” When not trying to find the best price on cans of beans, Hatton is usually at his home office, writing for various business outlets as a ghostwriter or writing emails to people who need to reply yesterday. Hatton could stand to practice what he preaches, as this biography should have been written several weeks ago. When not writing in the third person, Hatton enjoys reading (mostly non-fiction, but classic literary fiction is one of his favourite genres). He also enjoys parenthetical statements and would like to state, for the record, that it was not him you saw crying on a mall bench after finishing “Watership Down” and that you must have seen someone else that looked like him.
Short Crime Fiction 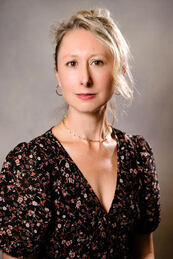 Elisabeth de Mariaffi is the critically acclaimed author of three previous books: the Scotiabank Giller Prize-nominated short story collection How to Get Along with Women (2012), the literary thriller The Devil You Know (2015), and the 1950s-era Hitchcock-style thriller, Hysteria (2018), both of which were named Globe and Mail Best Books of the year, and shortlisted for the Thomas Raddall Atlantic Fiction Prize.  She holds an MFA in Creative Writing from the University of Guelph, and has taught fiction at UBC, Memorial University, and through the Humber School for Writers. Her newest novel, The Retreat, about a dancer who must separate truth from lies in order to survive a deadly storm at a remote mountain arts retreat, hit bookstores in July 2021. Elisabeth makes her home in St. John's, Newfoundland and Labrador. 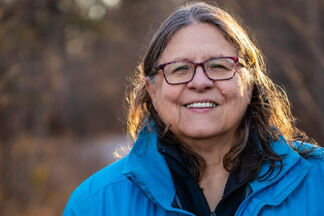 Donna Besel loves writing of all kinds, and does workshops and presentations for schools, libraries, universities, conferences, and retreats. She grew up at West Hawk Lake in Whiteshell Provincial Park and her “boreal stories” have appeared in various publications and earned national recognition. Her work has won the Prairie Fire Creative Nonfiction prize, the Great Canadian Literary Hunt, and has been longlisted multiple times for the CBC Literary Awards.The forests of Eastern Manitoba, where she has always lived, provide endless ideas and settings. Her first book, a collection of short stories called Lessons from a Nude Man, earned several award nominations. In 2021, the University of Regina Press published her memoir, The Unravelling: Incest and the Destruction of a Family.
Bill MacDonald Prize for Prose (Fiction) 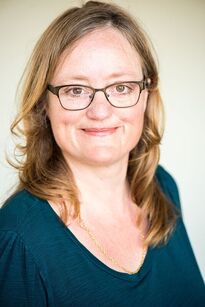 Lauren Carter‘s last novel This Has Nothing To Do With You won the Margaret Laurence Award for Fiction from the Manitoba Books Awards, and she also received the John Hirsch Award for Most Promising Manitoba Writer. Her first novel Swarm appeared on the CBC Canada Read’s longlist. She has also published two poetry collections: Lichen Bright and Following Sea. She holds an MFA in Creative Writing from the University of Guelph and has taught creative writing across North America and online to students from around the world, including Syria, Qatar, and California. Her fifth book — short story collection Places Like These — will be published by Book*hug Press in Spring 2023. Visit her at www.laurencarter.ca
​